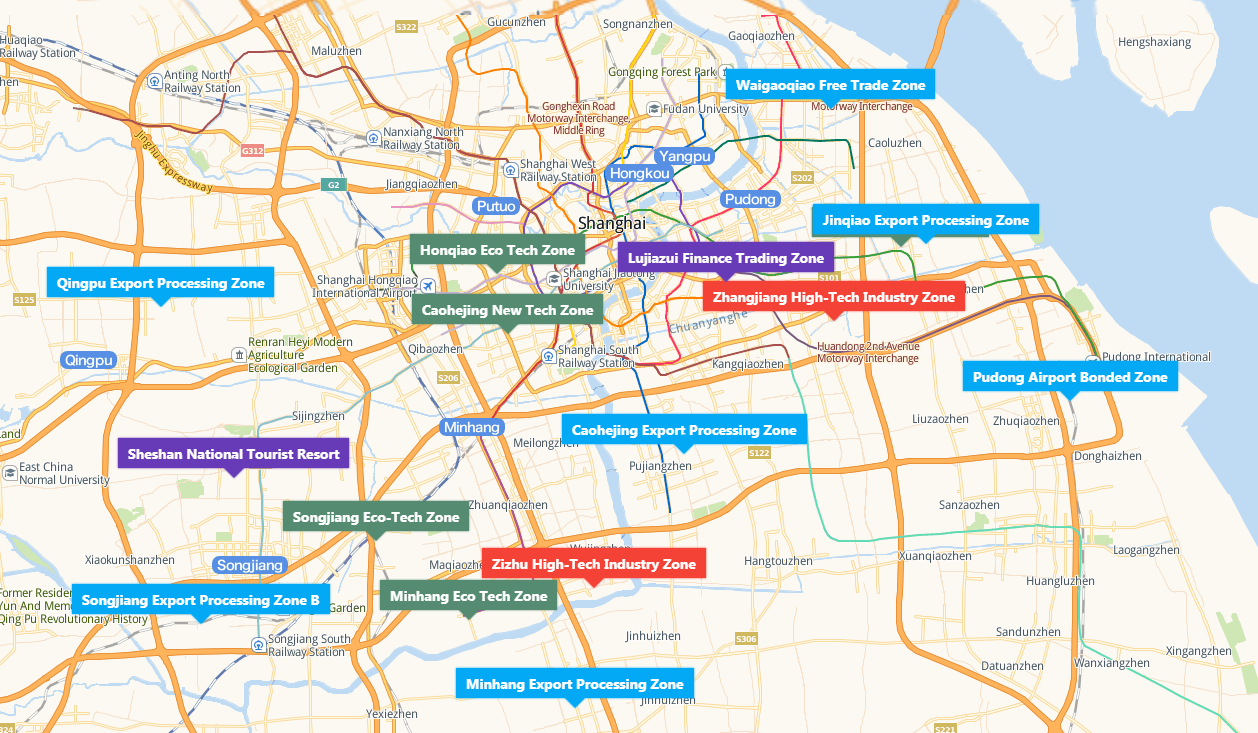 In 1984, China established the first batch of National Economic and Technological development zones in 14 coastal open cities, along the country’s southern coast as Shenzhen, Zhuhai, Shantou and Xiamen, etc, acted as doorways for government to attract foreign direct investment.

The National Customs supervision Zones are Customs supervising area, which are established at the national opening of the ports areas connected to a specific region, with the functions of porting, physical distribution, processing and so on.

This map gives the location of each of the 20 China National Development Zones in Shanghai.

Why invest in a development zone?

The convenience of established infrastructure, reserved land and one-stop services available in National development Zones simplifies the process of entry into China.

There are lots of advantages for registering a company in the National Development Zone. Below take High-Tech SMEs as an example.

High-Tech established enterprises can reduce or avoid the renting fee.

If the enterprise meets the certification requirements, registering in the National Development Zones will get a legal registered address.

Tax cuts and other concession.

Registered enterprises have priority to obtain office or industrial land. Also other government includes Government fees discount and financial funds could be subsidized as support.

Hi, I'm Mao Lida, the Founder of Baseinshanghai.com. I am based in Shanghai, China. How to do business in Shanghai, How to set up your company in China? GWBMA provides one-stop business services for enterprises like registering companies, finding office services, Accounting & Tax, HR outsourcing, VISA & working permit, Marketing, and legal services.

Shanghai districts: How to choose the right place for your company?